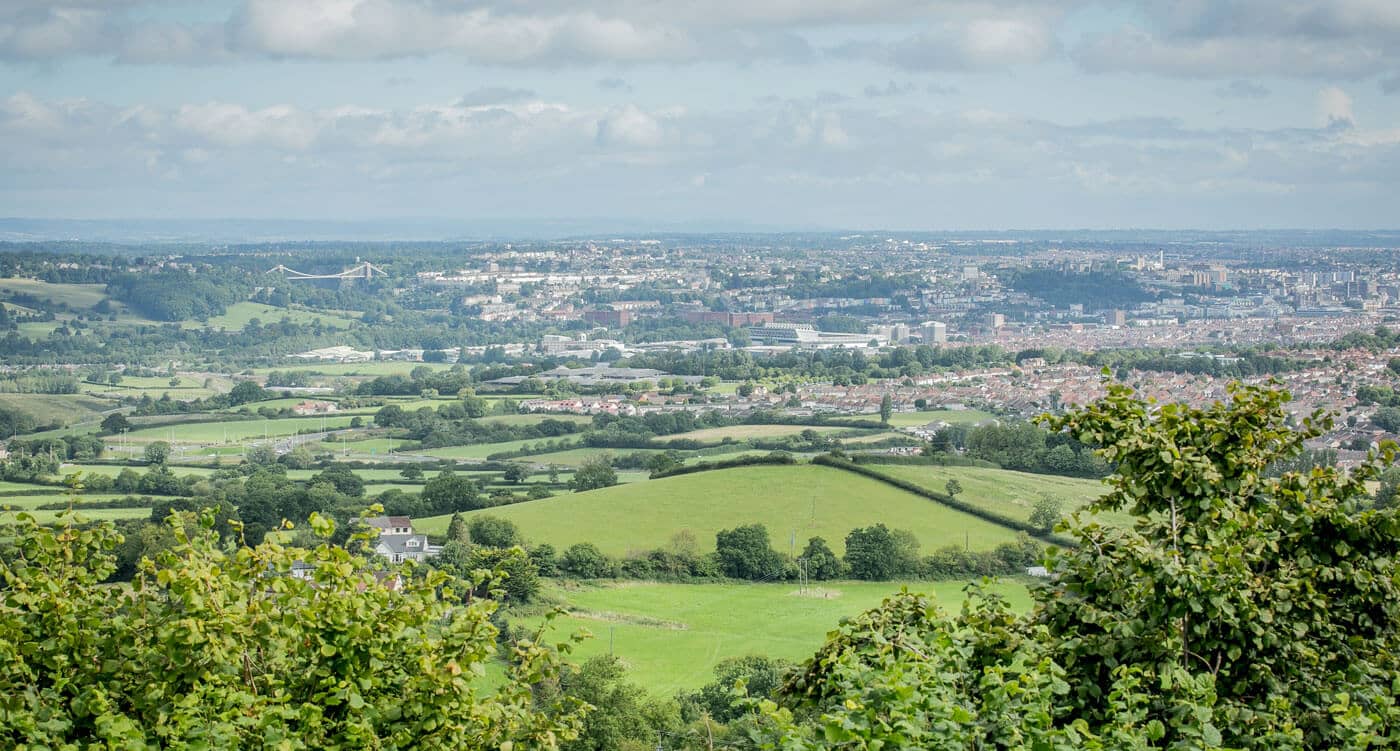 Dundry is a well-spread village of more than one thousand inhabitants. It stands four miles south of Bristol, just off the A38, and twelve miles west of Bath. Its lofty situation, seven hundred feet above sea level at the western end of an exposed four mile long ridge, makes it a notable landmark in North Somerset and its dominance is emphasised by a spectacular fifteenth century church tower.

Due to its elevation, Dundry commands some of the most extensive and beautiful views in the west of England. Northwards, historic Bristol provides a fittingly impressive foreground, enabling visitors to Dundry to test their knowledge of this city's ancient past and its continuing progress as displayed so clearly before them. By night, Bristol's lights create a breathtaking scene.

To the north-west is a magnificent scenic spread covering some forty miles length of the River Severn in the area of Chepstow, Newport and Cardiff, backed by the Black Mountains and the Brecon Beacons.

To the south west of Dundry lie the delightful Mendip Hills, and continuing to the south-west can be seen the Quantocks. In the foreground to the south are the Yeo Reservoir at Blagdon and the Chew Valley Lake, the latter reservoir being opened by Queen Elizabeth II in 1956. This lake is well known to anglers and to ornithologists and there is an active sailing club.

As you may expect with these credentials Dundry is a great place to live and its locals enjoy convenience at a quite reasonable price in comparison to some of the North Somerset villages.