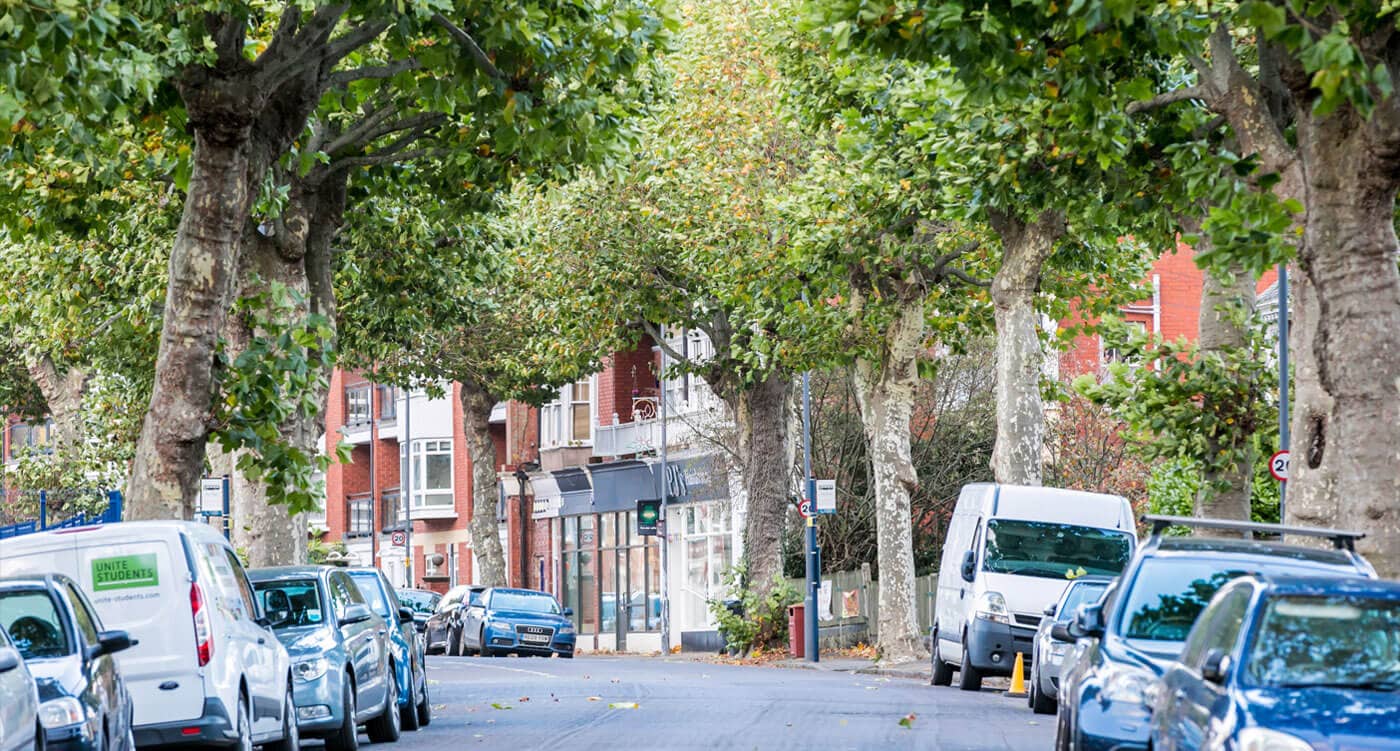 Plenty of green parkland, a bustling High Street, village pubs, a church, a greengrocer and only around four miles from the centre of Bristol, Shirehampton has a genuine village community right on the edge of Bristol.

The next thing any local worth his or her salt will tell you is that it is not actually Shirehampton, but ‘the Shire’. The name, of course, speaks volumes: this is no ordinary district of Bristol, but a closely-knit community immensely proud of its traditional, village-like feel.

Tucked away in the far northwest corner of the city, Shirehampton sits on the edge of the River Avon, close to Avonmouth Docks and separated from the rest of Bristol by the beautiful Blaise Castle Estate. The location presented early residents of the Shire with something of a headache – until the completion of the Avonmouth Bridge in 1974, the only way of getting across the River Avon to neighbouring Somerset was in a small row ferry that ran between a local pub (known affectionately as ‘The Lamps’) and the village of Pill across the river in Somerset.

How things have changed. Today, the Shire boasts some of the best transport links in the city. Both the M4 and the M5 are within easy reach, while the A4 Portway takes busy commuters directly into Bristol city centre. The area also has excellent public transport, thanks to the local Shirehampton railway station, express park-and-ride bus service and regular bus routes into the city (some of which also stop at Cribbs Causeway).

At the heart of Shirehampton lies its busy High Street. Here, florists and beauticians jostle for position alongside cafés, pet shops and even a traditional-style fruit and vegetable shop.

The High Street is also home to the local parish church, St Marys, which has its own café area and an active social calendar. A quick glance at the village’s local website reveals more clubs and societies, covering everything from bingo and the Shirehampton amateur radio club to karate and the local sea cadets. The Shire’s strong sense of community particularly appeals to young families. The area boasts around six primary schools, including the local Shirehampton Primary School, and two secondary schools. The housing, meanwhile, is a good mix of two, three and four-bedroom period properties and imposing 1930s villas, as well as some more modern-style homes and the occasional apartment.

Those who crave wide, open green spaces will also find plenty to smile about here. The vast 650-acre Blaise Castle Estate with its ancient monuments and breathtaking scenery is right on the doorstep. Nearby Shirehampton Park and Golf Club offers yet more stunning views, this time across the River Avon towards the Gordano Valley and the distant spires of Clifton.